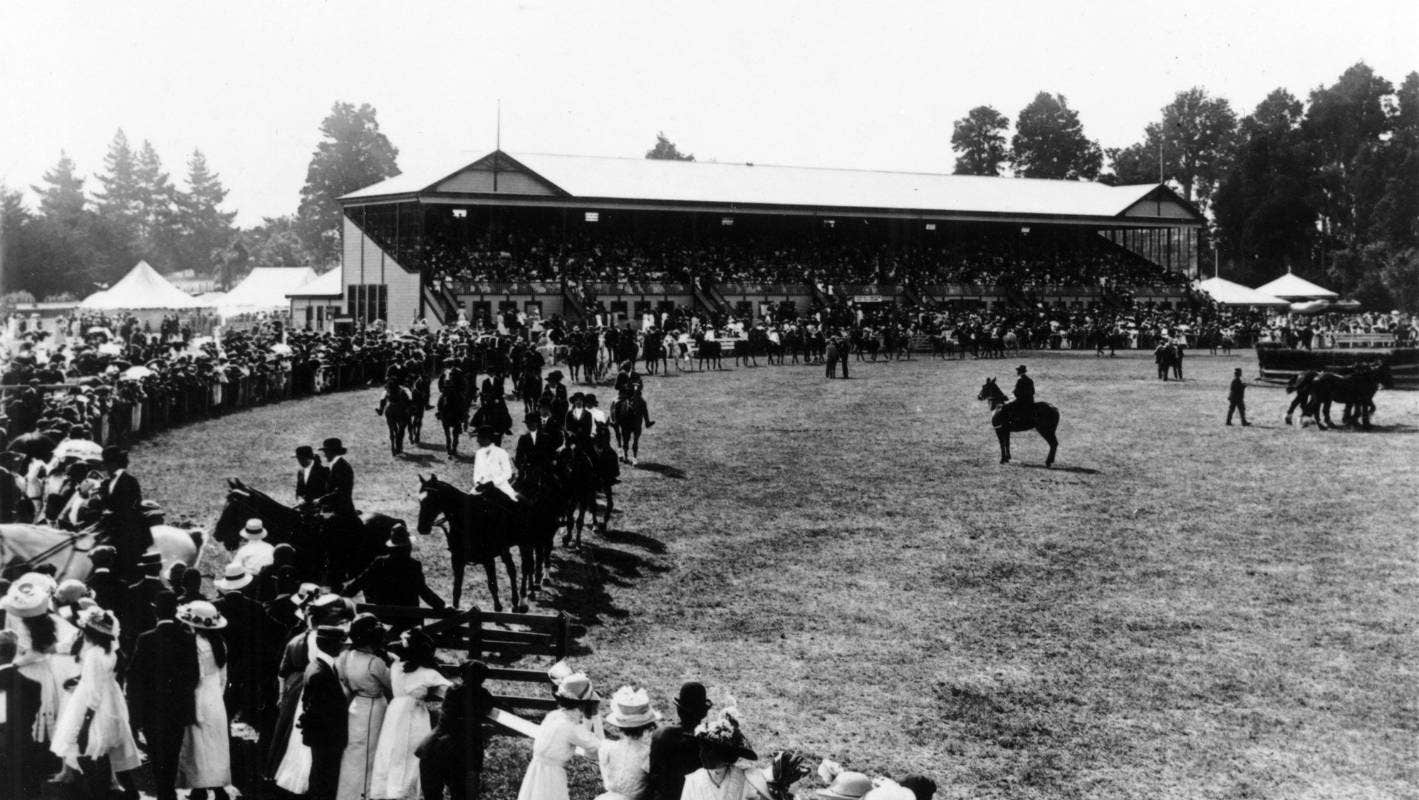 The Solway Agricultural and Pastoral Showgrounds are part of New Zealand’s rural tradition stretching over 150 years. The Masterton A&P Association was formed in 1885 as a go-it-alone organisation. Agricultural and pastoral shows have been held nearly every year in Masterton since that date. It was resolved to purchase the present site in 1908, with the showgrounds completed in 1911. 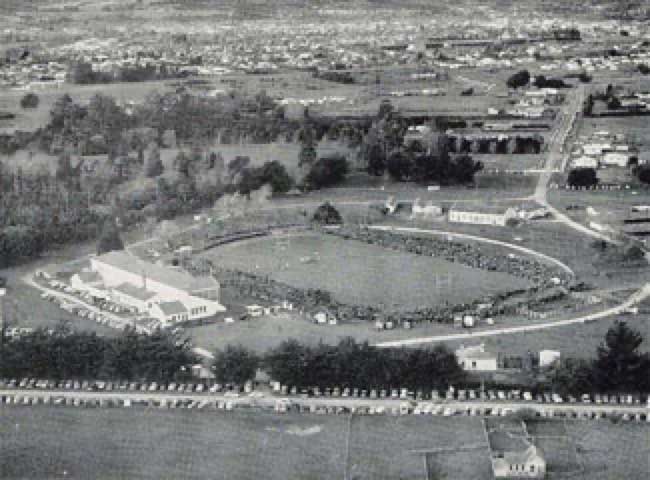 The showgrounds site in this overwhelmingly rural district has been used for other purposes. It was one of several temporary camps used in Masterton to deal with the 1918 influenza epidemic. During both World Wars it was used as a New Zealand Army training camp. Between the wars in 1927, the showground was the venue for the ‘Battle of Solway’, the Ranfurly Shield Rugby Match between Wairarapa and Hawke’s Bay. The 1942 A&P Show was cancelled due to the war. The Solway grounds were taken over by the Army. Bren Gun Carriers of the Divisional Cavalry were camped at the grounds and the Caretaker of Solway no longer employed.

In February 1943, the United States Marine Corps took up station at Solway. The Marine Corps were accommodated in tents, some officers were billeted in the Caretaker’s cottage and meals were served in the dining room under the grandstand. The Marine Corps left, as a legacy, their recreation building known today as the Trades Hall.

The entire grounds contain a collection of buildings that are harmonious yet their dates spread over more than 90 years. Most of the structures at the Solway showgrounds built for the opening in 1911 are still extant. They provide probably what is New Zealand’s most complete array of showground buildings.

The Grandstand is the key building in the Solway Showgrounds, visually, historically and functionally. It is an impressive building of over seventy metres in length and it remains much as when it was first constructed. It is a fully timber-framed structure with a heavy post and beam system supporting the seating, while the roof trusses that span the full width of the building rest on conventional framing on the back (west) and front (east) walls. Flights of steps lead up to tiered seating, while a series of rooms occupy the ground floor.

The Architects were Crichton and McKay. Over the years the partnership was responsible for designing a number of Wellington buildings, including the Bank of New South Wales, the Bank of Australasia, many of the Wellington Hospital buildings, Dalgety and Co, the Union Steamship Company, Mission to Seamen’s Building (1903), Woodward Chambers (1905), the Huddart Parker building (1923) and the Dominion Building (1928).

The Sheep Pens, Sheep Pavillion and the Cattle Pavillion are outstanding examples of their type for use in holding and showing stock. The other 1910 buildings – the Kiosk, the No 2 Trades Hall and Poultry Pavillion are individual in style. The Judge’s Box is a utilitarian building, its height emphasised by the vertical profile of its corrugated iron cladding. It has a single pitched roof and a series of openings commanding views over the Solway Oval.

The hitching rail (c.1910) is constructed from railway irons with hand wrought hitching lugs and rings and is a rare legacy of this trade. The old Secretary’s Office (now called the Doug Lamb Building) comes from the earlier Dixon Street Showground and is unusual in having been built in a style similar to three cottages end to end creating separate offices. The Club Hall reconstructed in the 1950s is historically and physically significant in its own right. It is constructed from two cottages from the now non-existent township of Cross Creek and was used as a social hall, as is its function today.